Dr. Nir Regev is the founder and chief scientist of AlephZero. Senior research scientist, with over 24 years of experience in developing algorithms. Loves engineering problems that are unsolvable. Specializing in radar and lidar signal processing, computer vision, multi-target tracking, radar micro-Doppler, deep learning based target classification, optimization and statistical signal processing. Nir holds a Ph.D. in electrical engineering from the Ben-Gurion University of the Negev, Israel, with research focused on the problem of radar remote vital signs sensing, and the classification and recognition of radar targets.

The Micro-Doppler Effect in Radar: Next Generation Remote Medical Applications 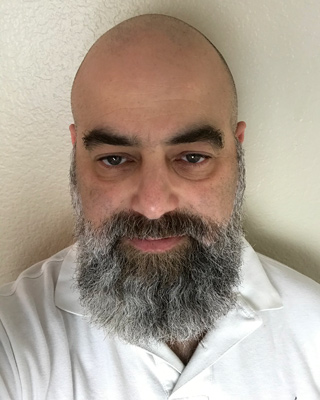 The Micro-Doppler Effect in Radar: Next Generation Remote Medical Applications
Nir Regev
In the last two and a half decades there has been an increasing body of work on the micro- Doppler effect for various applications. Researchers used micro-Doppler signatures to analyze, classify and detect human gait, hovering helicopters and wind-turbines, as well as jet engine modulation (JEM) to detect jet aircrafts. In recent years, the use of the micro-Doppler effect has expanded and taken also to the monitoring of biological signals. Researchers started investigating the use of the effect to extract vital signs such as breathing and heartbeat. The employment of various algorithms, such as the Chirp Z Transform and Fourier analysis, has been advocated. Multiple radars have been investigated in this context, from UWB and X-Band, to 24, 60, and 77GHz radar bands. The methods developed suffer from insufficient spectral resolution, as Fourier analysis type algorithms need a large time- window of data to support a certain resolution. Another caveat is the fact that the respiration frequency is lower than the heart-beat, while its amplitude is much larger coupled with inherent nonlinearities in the radar hardware, rendering the spectrum of the signal densely populated with harmonics of both the respiration and heartbeat and their inter-modulations. This tutorial will give an introduction to micro-Doppler with the derivation of the micro-Doppler effect of a vibrating target with a live-demo of radar based vital signs extraction from afar.
UpvotesNewestOldest
DrARKarthikeyan
Score: 0 | 2 months ago | 1 reply

Hi Dr Nir Regev,
I attended the session on the offline recorded version as it's a different time zone for me. It's an bird's eye view of what's possible with Radar. Thanks for the presentation along with demo.

I have few questions: Based on your experience
1) Which one gives better estimate of BR & RR? Is it CW/FMCW? Could you please suggest any literature providing this comparison.
2) Is it possible to extract Heart Rate Variability using FMCW?

Thank you for your questions!
Let me try to answer it:
(1) I don't know if BR or HR will be better estimated with a CW or FMCW, however, pure CW is not practical for real life situations, as it does not give you range information at all and hence, cannot separate target on the range axis. (e.g. application: elderly couple sleeping in bed).
(2) Yes, and there is already some work on the subject. see for example this work (there is more): http://sig.umd.edu/publications/mmHRV_Fengyu_2021.pdf

Thanks Dr. Regev for the nice talk. It was easy to follow as the content of the presentation is very interesting including the demos. The mathematical derivations for the vital signs based doppler effect was also very convenient to understand. I hope to learn from you in the future as well.

Thank you Dr. Khan
It is my honor for you to come and hear my talk.
Please feel free to approach with any followup questions.
Kind regards
Nir Regev
https://www.linkedin.com/in/regevnir/
alephzero.ai

Nice presentation of material with simple explanation and demonstrations. Thank you.

Thank you Chris, it was my pleasure, feel free to approach any followup questions.
Kind regards
Nir Regev
https://www.linkedin.com/in/regevnir/
alephzero.ai